Reflected views of the city 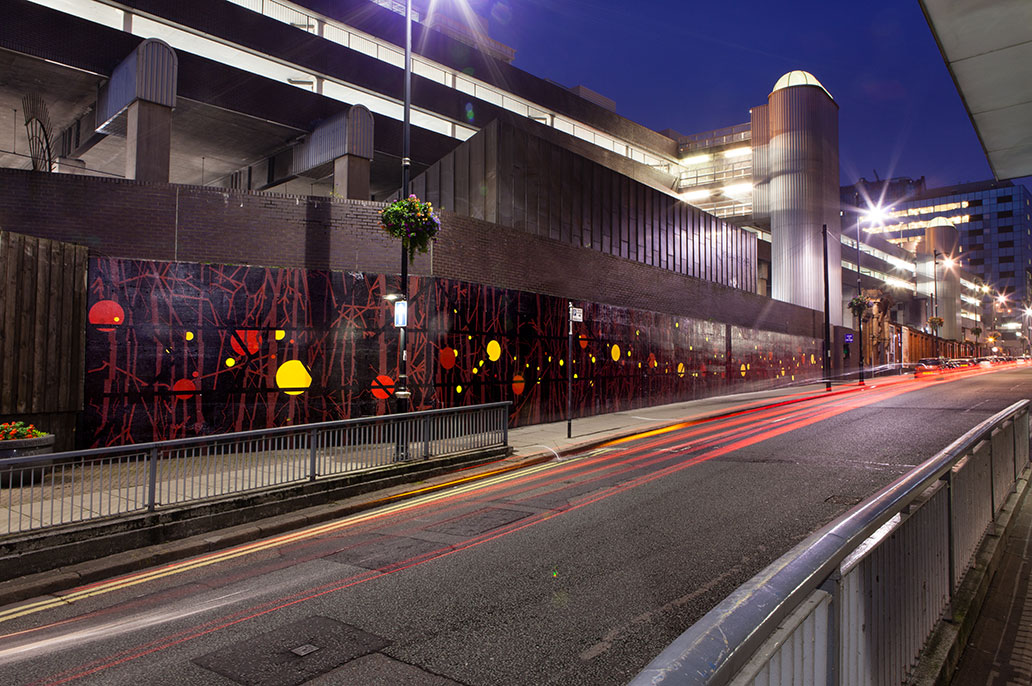 This artwork was created as a specific commission for a site at Livery St in the centre of Birmingham.

The idea of the design is to create a window to another place – part real world, part abstract it is influenced by views of the city life through the trees in the surrounding countryside in the middle of the night. The final construction fragments the abstract design to reflect the corporate glass structures of the surrounding area. However instead of mirroring the buildings in the area, the design reflects a view of the city from its natural surroundings. Looking into the final piece the viewer actually gazes upon the city from another location but is also in effect looking upon themselves. They therefore enter into an imaginary infinite loop.

The artwork is directly created for the people of Birmingham, for those who walk and pass by the area, rather than as any political or social statement. The idea is based on bringing a sense of nature and escapism into the fast moving city, something people can look into as well as accompany and engage them as they pass by.

Designed and created digitally by George Benson then applied to the wall by the team at Grafitti4Hire.