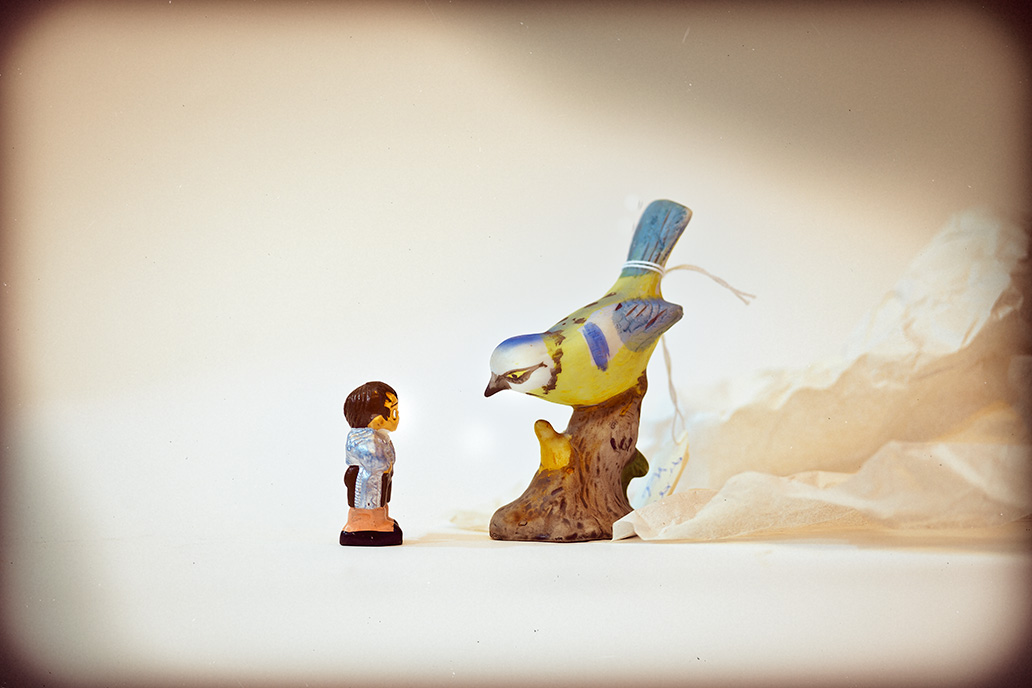 “For she had eyes and chose me.”
― William Shakespeare, Othello

Although a concept fused from the idea of creating contact between inanimate objects, this series is about the relationship people have these strange models. The collecting of miniature figurines fascinates me. I remember first seeing strange porcelain animals on my grandmothers mantel piece, gazing out into space with their fixed stares.

Today people still avidly collect models, with plastic POP! characters from films, comics and computer games a incredibly popular amongst adults and children. But the older figurines in these photographs have mostly been sidelined to the saccharine shelves of charity shops.

There is something about buying and displaying such objects that comes form the need to express our interests and personality to others but also to provide affirmation for ourselves to the perennial question ‘Who am I?’. There is also a comment perhaps that for all that mankind can be, we now have so much, that we are happy to fritter money on such trinkets only to see them eventually added to the landfill of human consumption.

In the photos though are we being shunned as creators and owners of these models as they meet their own kind, or are have we gone mad and entertained the idea that somehow they have come to life.

Created for Contact The Exhibition at Rhubarb East Gallery, 2010

Go to Top
Cookies are used on this website to give you the most relevant experience by remembering your preferences and repeat visits. By clicking “Accept”, you consent to the use of ALL the cookies.
Cookie settingsACCEPT
Manage consent

This website uses cookies to improve your experience while you navigate through the website. Out of these, the cookies that are categorized as necessary are stored on your browser as they are essential for the working of basic functionalities of the website. We also use third-party cookies that help us analyze and understand how you use this website. These cookies will be stored in your browser only with your consent. You also have the option to opt-out of these cookies. But opting out of some of these cookies may affect your browsing experience.
Necessary Always Enabled

Any cookies that may not be particularly necessary for the website to function and is used specifically to collect user personal data via analytics, ads, other embedded contents are termed as non-necessary cookies. It is mandatory to procure user consent prior to running these cookies on your website.