8 seconds of my attention

(that wont make a difference to the meaning of my life) 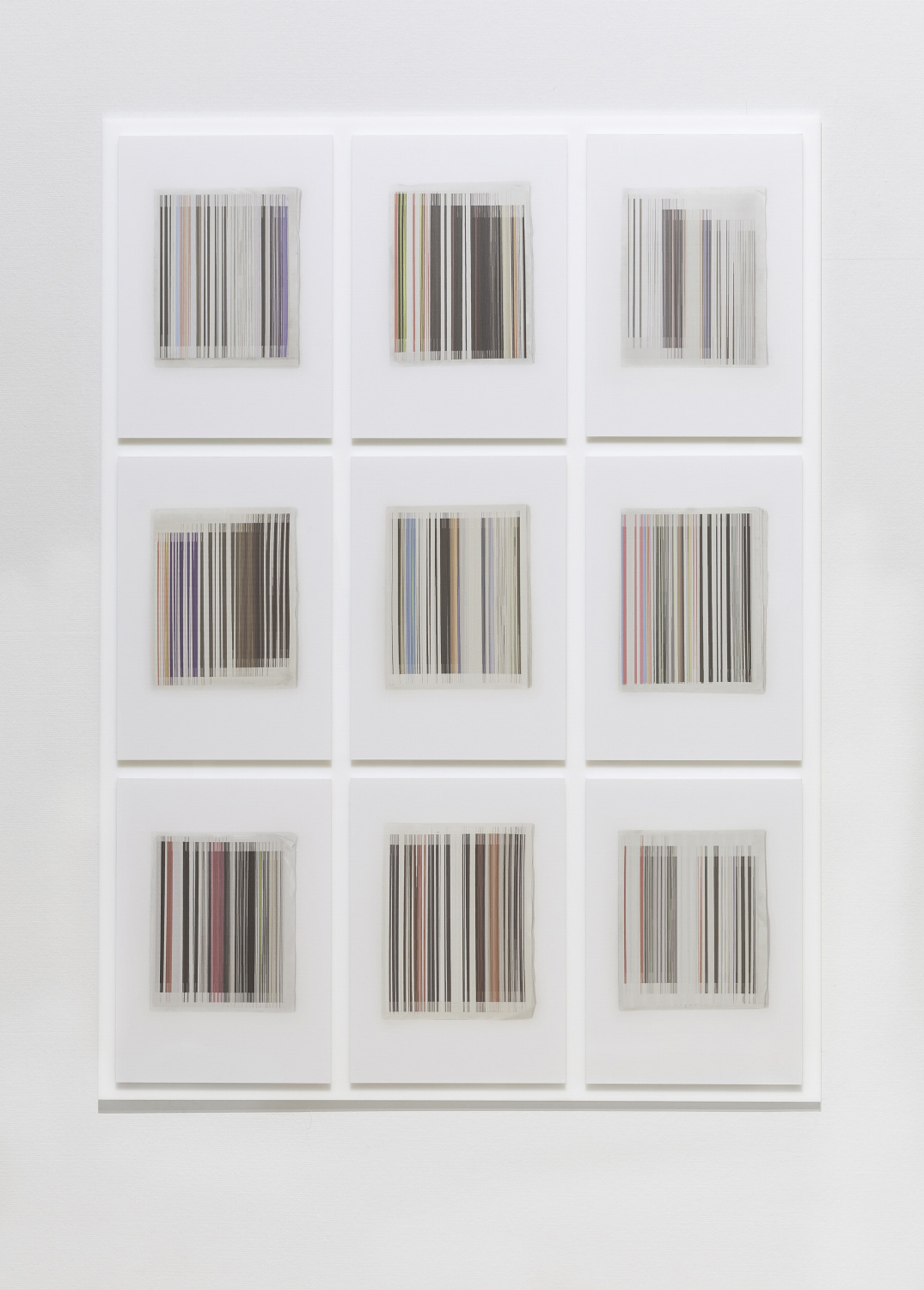 It is currently considered* we only have an 8 second attention span. At the same time we are bombarded with more and more information, news reports from around the world and continuous updates from friends, family and colleagues. News is crudely converted and summarized by apps such as ‘summly’, retweeted in less than 140 characters or left hanging on the opinion of one random persons vox pop.

‘8 seconds of my attention...’ crudely converts the idea of 8 seconds into 8 lines of pixels. The front covers of nine major newspapers were photographed on the 1st of April 2010. A tiny 8 pixel slice of each cover was then cut out and digitally manipulated to create a new newspaper cover. The resulting effect is a striking pattern similar to a barcode reinforcing the way in which we have almost come to robotically process the news.

The final images are grouped together and mounted to onto a physical structure reminiscent of ancient writings on stone. Putting an utterly brief slice of information into a seemingly important permanent position, both questions and cements its place in our social evolution.

The question is – what are we actually understanding from so much news? With most of it so repetitive, what positive difference is it making to the meaning of our lives or changing the lives of others?

8 seconds of my attention (that won’t make a difference to the meaning of my life), 2010. Inkjet prints mounted on custom acrylic board. 1mx1.5m.

Go to Top
Cookies are used on this website to give you the most relevant experience by remembering your preferences and repeat visits. By clicking “Accept”, you consent to the use of ALL the cookies.
Cookie settingsACCEPT
Manage consent

This website uses cookies to improve your experience while you navigate through the website. Out of these, the cookies that are categorized as necessary are stored on your browser as they are essential for the working of basic functionalities of the website. We also use third-party cookies that help us analyze and understand how you use this website. These cookies will be stored in your browser only with your consent. You also have the option to opt-out of these cookies. But opting out of some of these cookies may affect your browsing experience.
Necessary Always Enabled

Any cookies that may not be particularly necessary for the website to function and is used specifically to collect user personal data via analytics, ads, other embedded contents are termed as non-necessary cookies. It is mandatory to procure user consent prior to running these cookies on your website.